Structural integrity assessment of existing plant is often required following the discovery of excessive corrosion or other damage.

In one such project, undertaken for the operator of a large oil refinery located in the south of England, FCL carried out work to establish the significance of two major deviations from design shape, taking the form of a “bulge” and an “indentation” in the upper shell of a process column, which were caused by a pyrophoric scale fire.

The principal objective of the investigation was to determine whether the increased stress levels caused by the presence of the “defective” areas could be safely accommodated and whether there was sufficient excess thickness available to avoid the premature onset of buckling in the upper shell.

The assessment considered the combined influence of internal and external pressures, self weight, contents weight, wind loading and loads from attached piping, and was based on results obtained from CREO/ Simulate linear elastic stress and linear eigenvalue bifurcation instability buckling analyses, carried out using a detailed three-dimensional finite element model of the entire column.

Faithful representation of the defective area in the model was achieved via input of a ‘cloud’ of point coordinate data obtained from detailed measurement of the actual geometry, which was then used to generate a series of smooth spline curves for surface lofting.

The findings of the work, which were underwritten by a series of supporting design code calculations and input from metallurgists, who were able to provide mechanical property data for the fire damaged material, confirmed the integrity of the column for continued operation.

This thereby avoided the need for costly repair work which would have required the column to be taken out of service and would have resulted in a consequent adverse impact on refinery throughput. 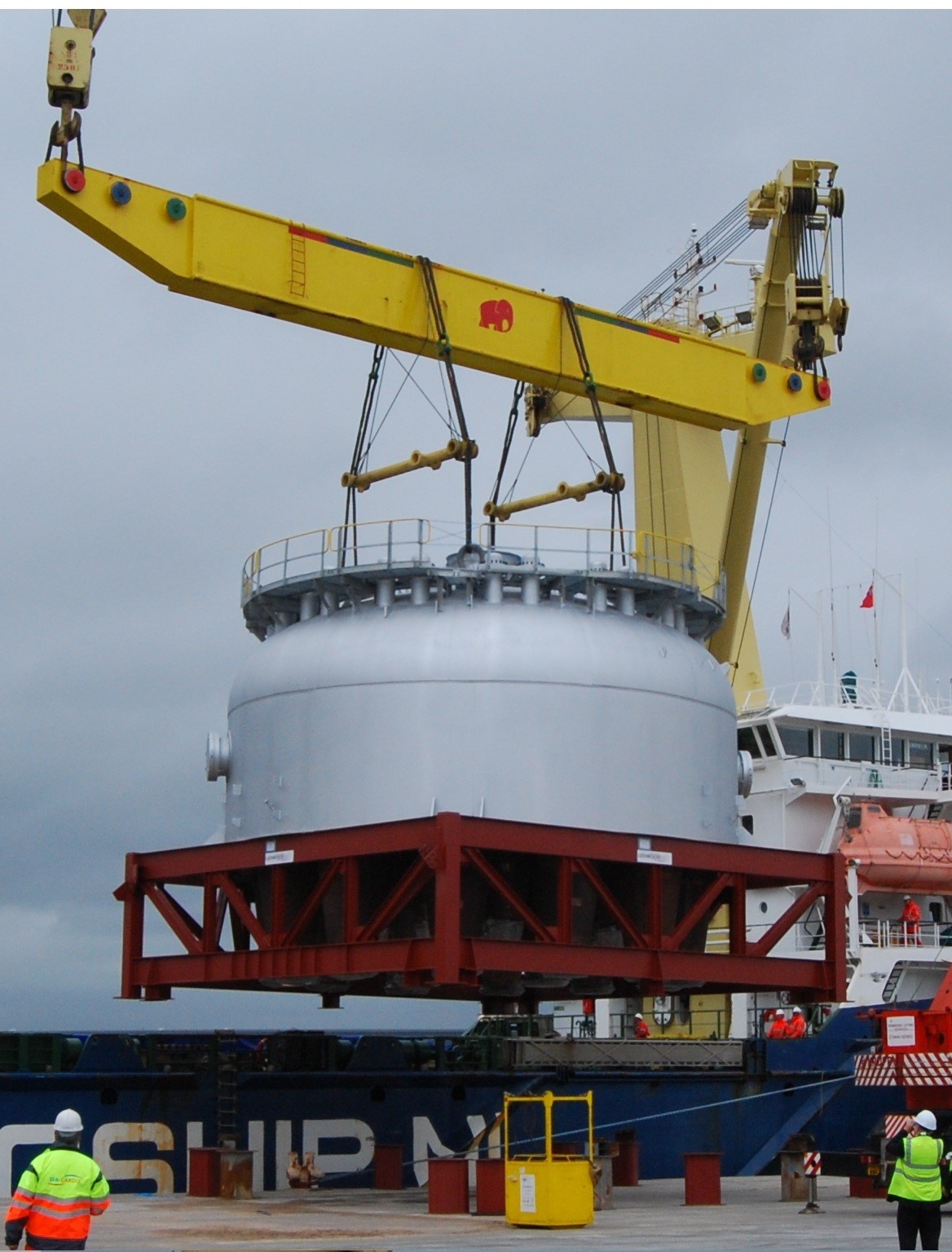 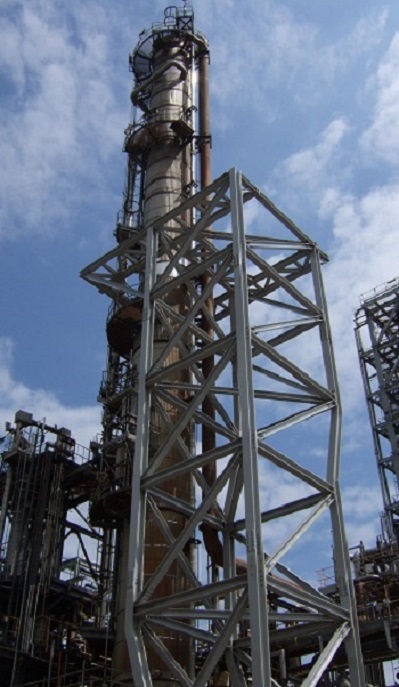 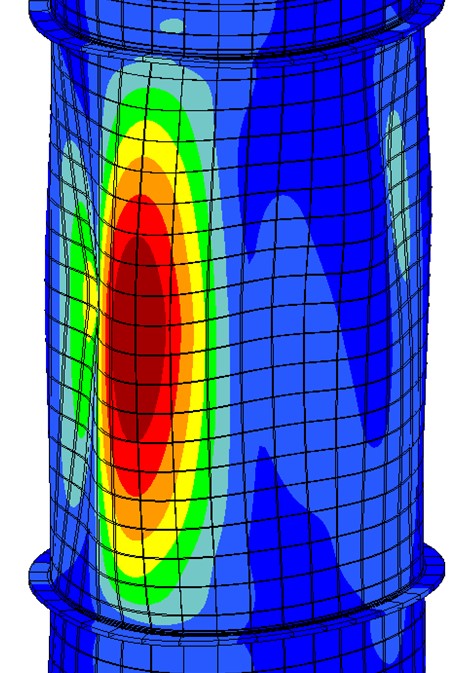 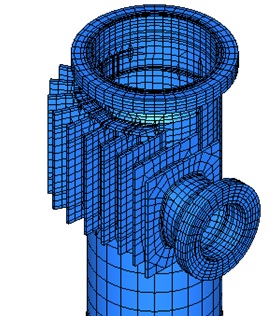 Back to Case Studies
×

Please use this form if you have any questions about our capabilities or would like to obtain a quotation.

Alternatively, you are welcome to call or contact us by e-mail.

Your enquiry has been safely and securely received. Our office is open weekdays from 9am to 5pm - you can expect a response during the next 2-3 working hours.